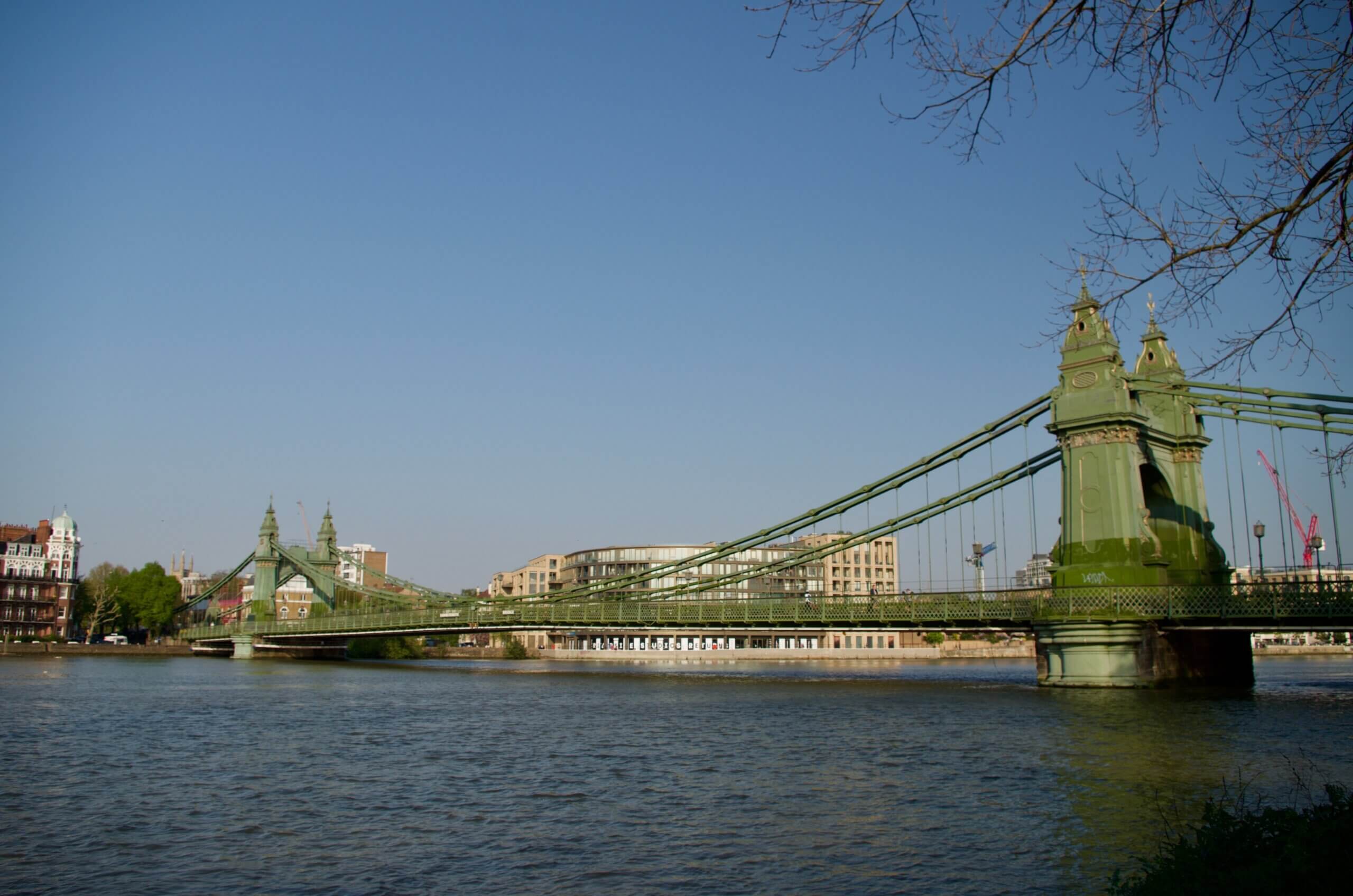 We’re bring to life the wonderfully rich and storied history of Hammersmith, with a huge mural throughout Hammersmith Broadway that captures snapshots of the area’s past. Illustrated and created by David J. McMillan, with his unique use of bold colour and handmade shape, the piece spans decades and depicts everything from iconic moments in rock, to the quintessentially British and distinctly London excitement of the boat race.

The mural is open to all for free within Hammersmith Broadway. Here are a few of its subjects:

On the 3rd July 1973 Hammersmith Odeon played host to a legendary and infamous gig, one that has gone down in musical history. It was there that David Bowie – performing as his provocative glam rock Ziggy Stardust alter-ego – would end a year long tour by thanking the captivated crowd and revealing that this would be the band’s last performance.

The concert, with its devastating farewell speech from Ziggy, was immortalised in film, capturing the emotion and fanaticism of a crowd who were not ready to say goodbye. Bowie would of course be back, a story of innovation and evolution that would define the rest of his career. He may have left the Ziggy Stardust persona behind, but the character and the songs still remain popular to this day.

London’s iconic annual Boat Race pits rowing crews from Cambridge and Oxford Universities against each other on a course that winds down the River Thames, with the shores of Hammersmith as one of its many backdrops. Hammersmith Bridge is a key landmark on the Championship Course, coming just before the halfway point of its 4.2 mile distance, and with 80% of crews who lead at this point going on to win.

Its popularity has endured for centuries, but hasn’t always come without problems. In 1870 around 12,000 people gathered on Hammersmith Bridge for the event giving rise to fears that it was not strong enough to support the weight of heavy traffic. The current bridge, designed by the civil engineer Joseph Bazalgette, opened in 1887.

Originally built as a ballroom dancing venue, Hammersmith Palais became a celebrated institution and cultural touchpoint within the area right from opening night in November 1919. Home at various points to an ice rink and a huge revolving dance floor, it was most treasured for the stage it gave to performers and musicians spanning decades. From the jazz stars of the roaring 20s, to the rock and roll of Bill Haley & The Comets and the revolutionary Beatles, to reggae showcases and the birth of the punk movement; every note and chord became the a building block of a landmark.

The Palais was eventually demolished in 2012, but it has been in immortalised in song by artists including Ian Dury and The Clash, and its spirit lives on throughout Hammersmith and in the shared experience of all who graced its floor.

British Composer Gustav Holst lived and worked in London at the end of the 19th century, and was fascinated by the big issues of his time – space, astrology and religion. Best known for his orchestral suite The Planets, he composed many other works across a range of genres, although none were as successful or became as beloved. The innovative work is instantly recognisable today, and it has been recorded at least 80 times subsequently by conductors, choirs and orchestras from all over the world.

Unable to support himself financially with his compositions, he played the trombone professionally and later became a teacher, and then director of music at St Paul’s Girls’ School, Hammersmith, from 1905 until his death. In 1913, St Paul’s opened a new music wing, and Holst composed his St Paul’s Suite for the occasion. The new building contained a sound-proof room where he could work undisturbed.

William Morris is best known as the 19th century’s most celebrated designer. A key figure in the Arts & Crafts Movement, Morris championed a principle of handmade production that didn’t chime with the Victorian era’s focus on industrial ‘progress’. His work included wallpapers and textiles but also carpets, embroideries, tapestries, tiles and book designs. Morris was not only influential in his own time, but his legacy remains alive and important today.

Morris lived in Hammersmith at the Georgian brick mansion Kelmscott House from October 1878 until his death in October 1896. Originally called The Retreat, Morris renamed it after the Oxfordshire village of Kelmscott. It later became the meeting place of the Hammersmith Socialist League, where speakers such as Peter Kropotkin, George Bernard Shaw and many other socialist pioneers lectured, usually followed by a rigorous debate lead by Morris.

The Riverside Studios at Hammersmith, London, started life as an iron foundry and was converted into a film studio in 1933. The site, with its two large studio spaces was purchased by the BBC in 1954 from the Alliance Film Company, initially as a temporary measure while the equipment at the studios at Lime Grove was being upgraded.

The studio is where colour television was first broadcast by the BBC in the 1960s; and is also renowned as the recording location for many iconic programmes, including the science-fiction classic Quatermass and the Pit, early episodes of Doctor Who, and children’s favourite Play School. The whole complex was in regular use until the early 1970’s when additional studios were completed at Television Centre. The BBC moved out in 1975, and a charitable trust formed by Hammersmith and Fulham Council took over.

Winter Warmers You Need to Try This Christmas